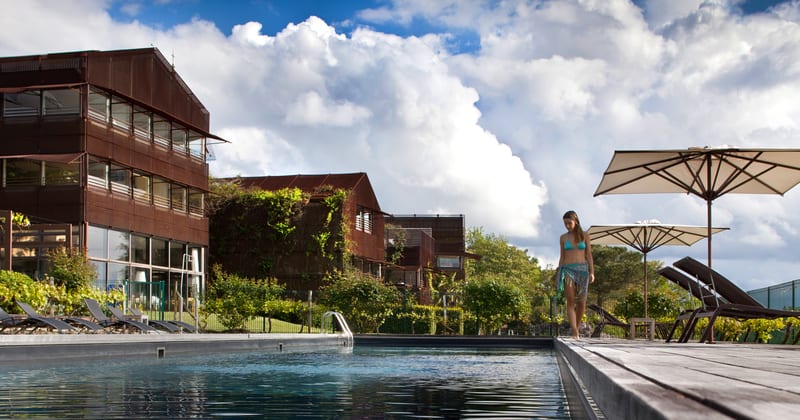 This astonishing architectural feat, as atypical as it is eye-catching, has recently been classified a part of France’s 20th Century architectural heritage by the Ministry of Culture. The 18th Century farmhouse was transformed by Jean Nouvel in 1989. Inspired by the region’s tobacco barns of yesteryear, he sought to leave everything as authentic as possible, preserving the rusty, chipped appearance. Another of his artistic choices included opening the four pavilions, which the hotel is comprised of, onto the neighbouring vineyards, to create a true haven of peace and tranquillity.

Situated in the village of Bouliac, le Saint James benefits from a peaceful location whilst the city of Bordeaux and its airport is just 20 minutes’ away by taxi. For guests arriving by car, secure parking is offered on site on a complimentary basis.

One of the hotel’s greatest assets is its Michelin-starred restaurant, le Saint James, and Jean Nouvel specifically designed the dining room to resemble a terraced garden. Also available on site is a brasserie for lighter lunches and dinners, and delightful cookery classes can also be arranged upon request. For relaxation, use of the outdoor swimming pool and sauna is available for hotel guests. 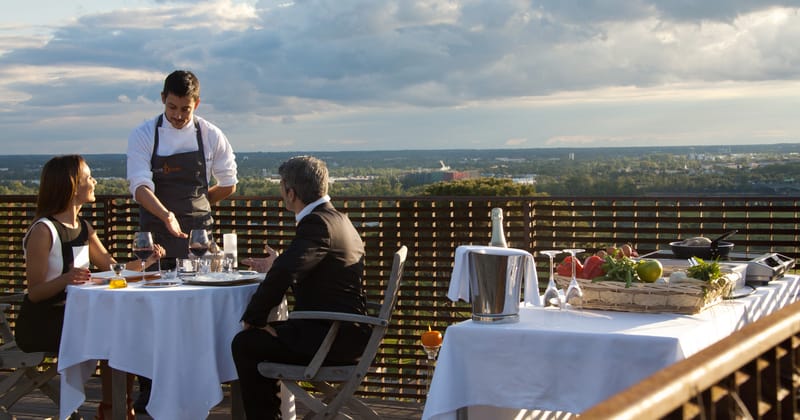 Refined, sleek and contemporary, the 21 guest rooms have been designed to create a feeling of living in the very midst of the vineyards. Close attention has been paid to every detail, including the specific heights of the beds to ensure the very best panoramic views of the grounds and vineyards. As well as Deluxe rooms, the Harley Davidson Suites feature a real Harley Davidson motorbike, and the Jacuzzi Suites boast an outdoor terrace with its own private Jacuzzi.