Hotel le A describes itself as “so chic, so cool, so hip, so arty and so designer” and for those wondering where the name was devised, the hotel has a close connection to the letter A. The A in “Rue d’Artois,” the 26 rooms representing the letters of the alphabet and the fact that the hotel was an Art gallery inspired the name of the hotel and after several months of renovations, the hotel was opened officially in 2003 as a modern, luxurious establishment. 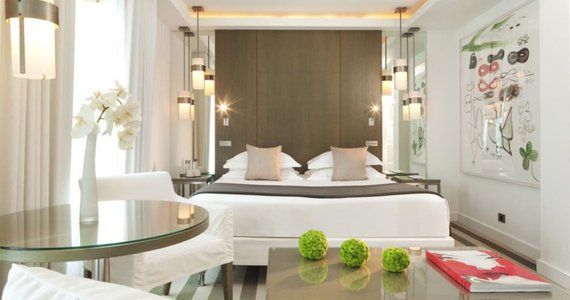 Hotel le A is enviably located between the famous Champs-Elysées and the Faubourg Saint Honoré, in the heart of Paris. In a small, quiet street away from the hustle and bustle of the city, the 19th Century frontage, adorned with bamboo conceals a convivial and relaxing Parisian mansion. The hotel has 26 rooms across four room grades; Superior, Deluxe, Junior Suite and Suite. 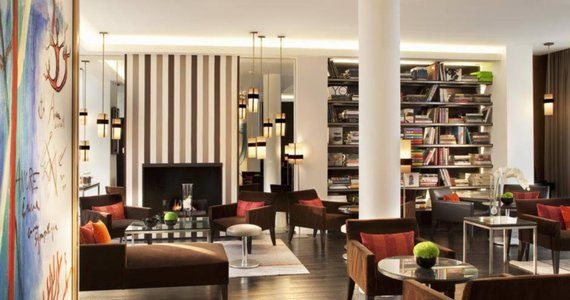 All of the rooms have been designed to provide a modern, dreamy setting with simple materials and a minimalist design. The wooden furniture and shades of grey and green against a white wall create a relaxed and easy atmosphere. Each room is equipped with a flat-screen television, a video and audio player, a light dimmer, a mini-bar, a private safe and en-suite facilities with bathrobes and a hairdryer.

The Hotel de la Paix is a modern, elegant hotel situated in the city’s historic centre. The hotel’s animated brasserie opens onto the main square, while the Cathedral and Palace de Tau are within five minutes’ walk. The hotel bar provides a superb atmosphere for relaxation after all the hard Champagne tasting and sightseeing that Grape Escapes can arrange for you.

With 177 rooms, the hotel is able to offer a wide range of amenities including a small indoor pool, fitness room, sauna and hammam.

The Tradition rooms provide all of the usual amenities offered in a modern 4* hotel including en-suite bathroom, mini-bar, satellite TV and direct dial telephone. In addition to the Tradition rooms, the hotel offers large Privilège rooms and Deluxe rooms – the latter are effectively junior suites offering plenty of space to relax and unwind. As with the rest of the hotel, all bedrooms are air-conditioned.